Reuters Institute for the Study of Journalism published a new issue of its annual report "Journalism, Media, and Technology Trends and Predictions 2022". The document reflects on the current state of the news industry and shows trends that will be crucial when moving forward. It contains some interesting insights and good practices that can help in this challenging market.

In this article, we'll point out major takeaways from the report. We will consider how web and mobile push notifications can help achieve goals and face challenges in the coming months of 2022.

About 59% of respondents interviewed for the report ended 2021 with revenue increases. It comes from booming digital advertising and a growing number of subscriptions. At the same time, 54% reported that their page views decreased or remained static. It may explain why 75% of editors are confident about companies' prospects in the coming months but show less optimism about the future of journalism itself (60%). Publishers aim to use subscription or membership models as a revenue priority (ahead of displays and native advertising).

Another interesting issue raised by publishers is a new approach to social media platforms. It seems that Facebook and Twitter will lose popularity as publishers turn their interest to Instagram, TikTok, and YouTube. Publishers are also using email newsletters, podcasts, and digital audio, as they proved to be reliable and effective channels of building loyalty.

It's also worth noting that specialists expect that short-form social videos by creators, like celebrities and influencers, will amass more attention than traditional online news. It will force publishers to think about ways to fit in. They also need to find a way to battle their journalists' burnout and stress-related issues. The latter comes from difficulties posed by new news cycles, combined with the more and more complex, grim, and alarming matter of information they are working on.

The subscription model will thrive

Many publishers moved forward with an online subscription a couple of years ago. Now they are reaping the fruit of that move. For example, the New York Times decided to put a paywall on their content in 2011. It was an unpopular move, and it took the company 18 months to get their first 566,000 subscribers. It now has 7,6 million subscribers, and will most probably meet its 10 million target by 2025. Other ideas concerning subscriptions are product extensions and bundling. Publishers will offer new content as a premium addition to their offer.

Although subscriptions will be the main focus for about 76% of surveyed publishers, it's not a solution that fits every entity. Some, like Vox or BuzzFeed, chose a vast array of other models to fund their operations, i.e. advertising, e-commerce, and paid content.

It's also worth mentioning that although publishers are interested in utilizing the subscription model, they also voice their concerns. The proliferation of paywalls may exclude some people - unwilling or unable to pay for subscriptions - from reliable information. On the other hand, creators can pander to their wealthier subscribers to make sure no one will unsubscribe. This year we might see some new ways to tackle this problem. For example, The Daily Maverick in South Africa uses a "pay what you can afford" scheme. In Portugal, citizens can win thousands of subscriptions to eight major news outlets. Some countries are also giving free subscriptions to the elderly and students. The creator economy will also play a huge role in incentivizing subscription models. New ways of gaining revenue emboldened individual writers, vloggers, online journalists, and podcasters to offer their content to their subscribers for money. Big platforms also caught on the trend, introducing fan subscriptions and new ways to follow creators while donating them with sums of money. This year those same creators can start migrating to larger groups, realizing the old truth about strengths in numbers. Journalism collectives are a popular solution, but it's not the only way. Some players in the news industry see it as an opportunity. They can now enlist those big names and get their subscribers along the way.

According to the report, in 2022 more resources will go toward audio content and newsletters. The authors point out that success in the news industry ultimately doesn't rely on a financing model, but on building deeper engagement with desired audiences. Apparently, the audiences want more podcasts and audio formats, email newsletters, and digital videos. Those are the key areas that publishers are willing to invest in.

The trend for digital audio was made possible by introducing better headphones and smartphones. Big companies like Amazon and Spotify, invested in developing more podcasts - and now the publishers want to profit from it. The transition won't come without its problems - the market is quickly becoming saturated. It means that getting through with the content becomes difficult. As the process moves on, there is also the matter of moderation to consider. Yet the opportunities that digital audio presents - both in engagement and monetization - make it worth the risks, especially when it comes to attracting younger audiences who prefer digital audio forms to more traditional formats. Media platforms realized that attracting younger audiences is one of their biggest problems. Reuters' study from 2019 "How Young People Consume News and The Implications For Mainstream Media" points out some differences between young people and more mature audiences. Social-media-savvy individuals don't necessarily look for news. It's more likely that they will absorb them while scrolling their social media feeds. It means that the content they need should bite-sized and engaging.

One more way to attract younger audiences can be by introducing more mobile-friendly video content in the news media. This includes short forms on Instagram and TikTok. These platforms are prioritized above Facebook and Twitter, which seem to become "old people's social media". There are also some concerns about a polarized debate on those platforms. It forces publishers to rethink their journalists' engagement in social media discussions. This leads to tightened rules on everything, including the use of emojis for "virtue signaling". In other words, journalists should focus on informing, not arguing for their opinions.

Platforms that host short videos seem to be more suitable for presenting media to the generation that consumes them while commuting, studying, or just scrolling to relax. Twitch has also become popular among news publishers. The platform rose above hosting game streams to include more professional programs with politicians and celebrities. It featured interviews with French president Emmanuel Macron and football player Leo Messi.

The effect of GDPR rules and third party cookies

The introduction of the General Data Protection Regulation (GDPR) in 2018 increased awareness about information protection. At the same time, it made digital marketing much more challenging. It's now harder to track users to offer more personalized services, which decreases income from advertisement. On the other hand, privacy policies published on every website can confuse users.

When Google announced its plan to block third-party cookies, all industries started to think about other means to advertise, many companies began to consider new ways of reaching customers. Publishers are facing the same challenges as any other industry. The authors of the report predict that they will focus on first-party data. They have some tools at their disposal, like interactive features, competitions, or events. It's also worth mentioning that web push notifications are a good way to comply with GDPR norms, as well as the post-third-party-cookies world.

AI solutions are the future

For many people, Machine Learning (ML), Deep Learning (DL), Natural Language Processing (NLP), and Natural Language Generation (NLG) sound like terms from science-fiction. But using Artificial Intelligence (AI) technologies is becoming a standard in the news industry. And according to industry insiders, it's going to play an even greater role going forward. The report presents the results of a survey in which participants had to estimate the importance of certain AI solutions. 85% pointed to "Delivering better personalization and content recommendations for customers" as an important matter. The news industry faces many problems, but also interesting opportunities. In the coming months, most publishers will remain focused on digital transformation.

It’s important to note that push notifications can be an answer to many of the aforementioned challenges.

If you want to learn more about our offer, contact us.

Editor and writer. She is interested in media and new technologies. 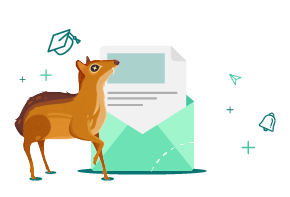 Get free videos, reports, e-books, webinars every month. No spam, only real deal!

By submitting this form I agree to receive commercial information by electronic means from PushPushGo sp. z o.o. with headquarters in Cracow, ul. Ostatnia 1c (Data controller) I can withdraw my consent at any time. The data will be processed until the consent is withdrawn. The controller processes data in accordance with the Privacy Policy. I have the right to access data, to rectify, erasure or restrict the processing, the right to object, to lodge a complaint with a supervisory authority or to transfer data.